The City of Waterloo is launching a community happiness project. City residents are encouraged to submit positive images and recordings to spread kindness, optimism, and connection with their community members.

Starting in Mar. 2021, these messages of hope and togetherness will be assembled into signs and shared throughout the city. The finished product will then be accessible by QR codes.

The project is intended to remind the people of Waterloo that we are all in this together and that we will get through the challenges of the COVID-19 pandemic as a community.

“Being isolated from one another does not diminish the strength of our community. Now more than ever we need safe ways to connect,” Dave Jaworsky, Waterloo’s Mayor said. “Throughout the pandemic, the community has shown tremendous support for one another. The Community Happiness Project allows residents to both give and receive messages of hope and positivity. It helps us remember we are all in this together.”

However, some Waterloo residents are critical of the city’s Happiness initiative. Users on Reddit, a popular social media site, express their understanding of the Mayor’s statement as hypocritical and out of touch.

“Being isolated from each other DOES diminish the community,” wrote one user. “The internet can’t fix that.”

The same user called the project “upper middle class arrogance at its worst,” and invited the Mayor to sit in their small home, “day after day, month after month, surviving on a tiny income.”

“This is the type of idea that gets cooked up by someone not struggling to pay their bills and with no concept of what it’s like to be in the working class,” wrote another user.

However, other people have noted that social initiatives, even virtual ones, are key for improving our mental health during COVID-19.

According to Dr. Laurie Santos, a cognitive scientist and Professor of Psychology at Yale University, “research suggests that happy people tend to be relatively social.”

While Santos acknowledges that socializing can be difficult during the pandemic, she believes that technology can sufficiently supplement in-person connection. “The research suggests that the act of hanging out with folks in real time, in other words, things like Zoom or FaceTime can be a really powerful way to connect with people,” she said.

Under the Community Happiness Project post, one user agrees. “I would certainly feel a lot more isolated than I currently do without the internet. Video chatting and instant messaging isn’t the same as physically being with people, but I’m glad it’s an option.”

Waterloo is not the first city to implement a happiness initiative since the start of the COVID-19 pandemic. Around the world, municipal leaders are supporting projects that will benefit their citizens’ mental health and wellbeing.

Schools, businesses, associations, and other groups in Winnipeg are encouraged to submit ideas that would allow residents to participate in fun, safe activities throughout the winter.

“Have an idea that will put a smile on your neighbours’ faces this winter and financial support would be appreciated? This fund is for you,” John Orlikow, Winnipeg City Councillor said.

In Australia, the City of Melville offered a Happiness Stimulus Package to fund ideas that would bring happiness and joy to the community during the pandemic. City residents were able to suggest activities they thought would bring happiness to their neighbours. Other residents could support the ideas they liked, and the most popular suggestions received city funding.

Several private companies also offered their services to help improve community wellbeing, such as one children’s entertainment company that offered a Character Drive By where they helped children participate in physically distanced games. 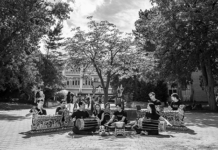 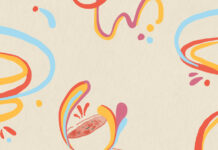