During the drive, students can donate money and nonperishable food items to WCRI, which will be delivered to the food bank at the end of the month. The WCRI office is also matching monetary donations up to $300.

Kristina Garth, a fourth-year psychology student at the University of Waterloo and a community leader at Fenwick Apartments — one of WCRI’s buildings in Waterloo — explained that the food drive was created to reduce food waste and provide food to communities in need.

“We know that a lot of students go home at the end of December, so instead of encouraging food waste for people who don’t really know what to do with the food items or clothing items that they don’t really want or need, [we’re] encouraging them to donate,” she said. “We set up different donation bins around the high traffic areas [of our buildings] for people to put food donations in.”

Garth added that WCRI also collected clothing items and basic household items from members of the cooperative, which were sold at a flea market on Dec. 11, and whose proceeds also went to the food bank. For students whose leases end in December, this is a way to find a second home for “new clothes or other household items people don’t need after they move away, [items] that might otherwise have gone to waste,” she said.

Since it was founded in 1965 WCRI has been committed to supporting students and promoting the wellbeing of the greater community. According to the WCRI website, the cooperative was established on the values of “self-help, self-responsibility, democracy, equality, equity, and solidarity.”

“WCRI is different from traditional housing companies,” she said. “It’s a housing cooperative, so that means that everyone who rents from WCRI technically owns a small part of it. And because it’s a co op, everyone that lives here is encouraged to be involved within the greater community, so we have different roles and a lot of different ways to get involved and basically have your voice be heard and have a more active ownership [over] and take part in the place that you live,” Garth explained.

This year, the WCRI community leader team sought to implement initiatives that reduce food waste and have a positive impact on the community.

“We feel that it’s important to give back to that community when we have some members who are able, [and are] in a financial position to donate. [Our] team of community leaders are always trying to focus on like, how can we better the greater community here? How can we make WCRI a really great place to live? How can we make people want to live here and understand that like, this is a really great alternative to a traditional corporation, and by doing different initiatives like [the food drive] we’re…supporting the organizations out in like the general Waterloo area that also have similar values and just doing our part to make Waterloo and WCRI a better place,” she added.

Students who don’t live in WCRI buildings are able to donate at the WCRI office, located at 268 Phillip St. — right across from the UW campus. “Just walk right in anytime between 8 a.m. and 8 p.m,” Garth said. 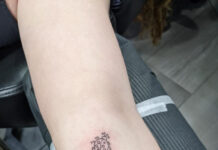 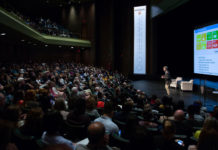