Writing this article made me question a piece of my everyday life: my Fitbit.

It would be very unfair to dismiss wearables like the Fitbit as toys or novelties. For a start, most (with the exception of item trackers like Tile) actually allow us to track health statistics in real time. With the Fitbit, I’ve been keeping closer track of my active time and reaching my daily goals.

When I’m close to my goal, Fitbit pushes me to reach it, then congratulates me when I exceed my goal, another nice touch to get people walking more.

Devices like the Apple Watch can tell you when it’s time to get moving if you’ve been inactive too long, or  to prepare for scheduled mindfulness exercises. Some wearables include a heart rate sensor as well. Earlier this year, one man’s Apple Watch even saved his life from an impending heart attack.

We are also seeing new generation wearable devices like the Whithings Activité that disguises the tech with classic wristwatch looks. In many cases, these more fashionable versions don’t compromise their function, and still fit with any level of dress.

But there are some drawbacks to wearable tech.

Many, if not, all of these wearable devices need an Internet connection, as most don’t have the computing power to crunch data on their own. They generally upload data to servers that power the device’s cloud-based features.

There’s a chance of sensitive data being intercepted, and remote servers can be breached. Unlike banking information, you can’t change your health data once it has been leaked into the wild. As with all tech, there’s no such thing as perfect security in the real world, only varying levels of insecurity.

People’s privacy are at risk around wearables that take video or photos like Google’s Glass and Snapchat’s Spectacles. Also if such devices are remotely compromised and controlled, it would be possible for an attacker to have a live video feed from cameras mounted on a living person without that person being aware.

Another issue is the high cost of wearables, a huge limitation for many potential buyers. For the same cost as an Apple Watch, I could buy a Fitbit for each limb – and an extra for a friend.

Despite the cost, many wearables aren’t designed to last a lifetime. They slow down after software updates, batteries weaken (and cost a lot to replace) and wear out in a couple of years from daily use.

The other issue is the usefulness of such devices. For people who are already very active, counting to 10,000 steps isn’t much use. And for people who genuinely have no interest in improving their fitness, no number of health tracking devices can help them without self-motivation.

On the whole, I feel that these devices still need improvements in terms of cost and durability. We’re already seeing this in affordable, quality wearables like the Pebble. While our world of smartphones and security cameras has a little privacy already, privacy and security still need to improve. For data, encryption standards are getting tougher every day and more measures are being put in place to improve security. Wearables have some useful features, but they have further to go before they’re part of everyone’s wardrobe. 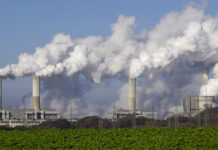 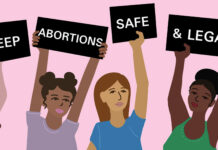 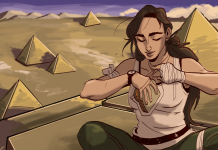