You may have noticed that Apple unveiled its watch line at the special event it held March 10. The long-awaited wearable will compete in an already saturated smartwatch market, but does a category in tech really exist if Apple isn’t involved?

Kidding aside, smartwatches are likely to see a huge jump in popularity in the coming months, especially with the emphasis that Apple has placed on design to ensure that they compete in fashion as well as tech specs. I’m willing to bet that because of this jump you’ll hear more than enough about Apple’s amazing watches from every other publication in the world, so I’m not going to talk about the Apple Watch. Instead, I’m going to introduce you to some other wearables in completely different categories.

You may have heard the phrase “the wearables revolution,” and you may have thought that it sounded like your run-of-the-mill hyperbolic tech rhetoric, and you would certainly have a point. Smartwatches, devices like Fitbit and niche wearables like Google Glass may be pretty cool and you may want one pretty badly, but it would be hard to claim they hold the same cultural and technological significance as the smartphone or personal computer.

The wearables that are available today aren’t really indicative of what’s coming — they’re more of a small sampling. The first thing you have to realize is that wearbles aren’t another step in a linear timeline — it’s highly unlikely that your watch will replace your phone. Their significance comes from their effectiveness as a category. In other words you’ll likely have many different wearables, each of which will serve a single or small range of purposes, and you’ll wear these devices when you want or need them and take them off when you don’t.

What will these devices do? A lot of the wearables being developed today are pretty useless — stuff like a drone that attaches to your arm and flies off when you flick your wrist to take a selfie, or a necklace that can turn on your microwave — but there are a growing number of entrepreneurs and researchers working on wearable tech that could have a significant impact on our lives. One of the most promising futures for wearables lies in health care.

The startup Khushi Baby is developing a necklace that holds a baby’s vaccine history and connects to a global vaccine database for use in refugee camps where data is incredibly hard to organize and co-ordinate. An increasing number of wearables help with preventative care by tracking users’ vitals, exercise patterns, and other health metrics and alerting them if something is wrong. While most of these devices live on your wrist, others are being developed that can be placed on other parts of the body. One such example is the mechanical skin invented at Northwestern University and the University of Illinois, which can detect temperature, blood flow and variations in skin hydration, and alert the wearer of potential problems.

Clothing is also getting a tech makeover. You’ve likely heard about companies developing exercise apparel that monitors your body during workouts, such as Hexoskin, and it’s not surprising that this space is becoming increasingly saturated. Looking forward, however, some big fashion brands are betting on technology becoming increasingly integrated into the clothes that we wear day-to-day.

Ralph Lauren recently released a sports shirt that monitors heartbeat, respiration, and stress levels, and this is just the beginning. There will be children’s wear that tells their parents if they’re getting enough exercise, jackets that can tell if our blood pressure is too low, and clothing that will change colour in response to sound. There are even gloves that know where they are in relation to a space, meaning they could theoretically walk you through maintenance on a car or how to fix a computer by telling you where each part is and whether you’re doing a task correctly.

As exciting as these technological advances are, they invariably infringe on our privacy. On top of the existing concerns and legal issues that wearables equipped with cameras — namely Google Glass — have raised, there are additional trepidations surrounding many other types of wearable technology. Highly sensitive information such as medical data isn’t being transmitted directly to your doctor: it’s going through a third party, and users need to be assured of both its confidentiality and secure transmission. Consider the figurative hell that Facebook raises every time it changes its privacy policies, then imagine that Facebook had all of your medical data and you’ll get an idea of the potential issues this will raise.

While the Apple Watch is undeniably cool, keep an eye out for the more significant, but likely less publicized, advances that are on their way. 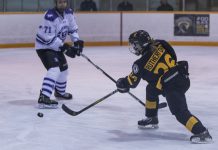 Warriors drop a pair in final weekend of the term 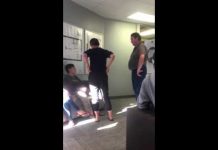 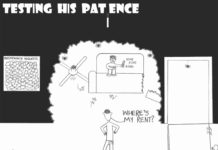