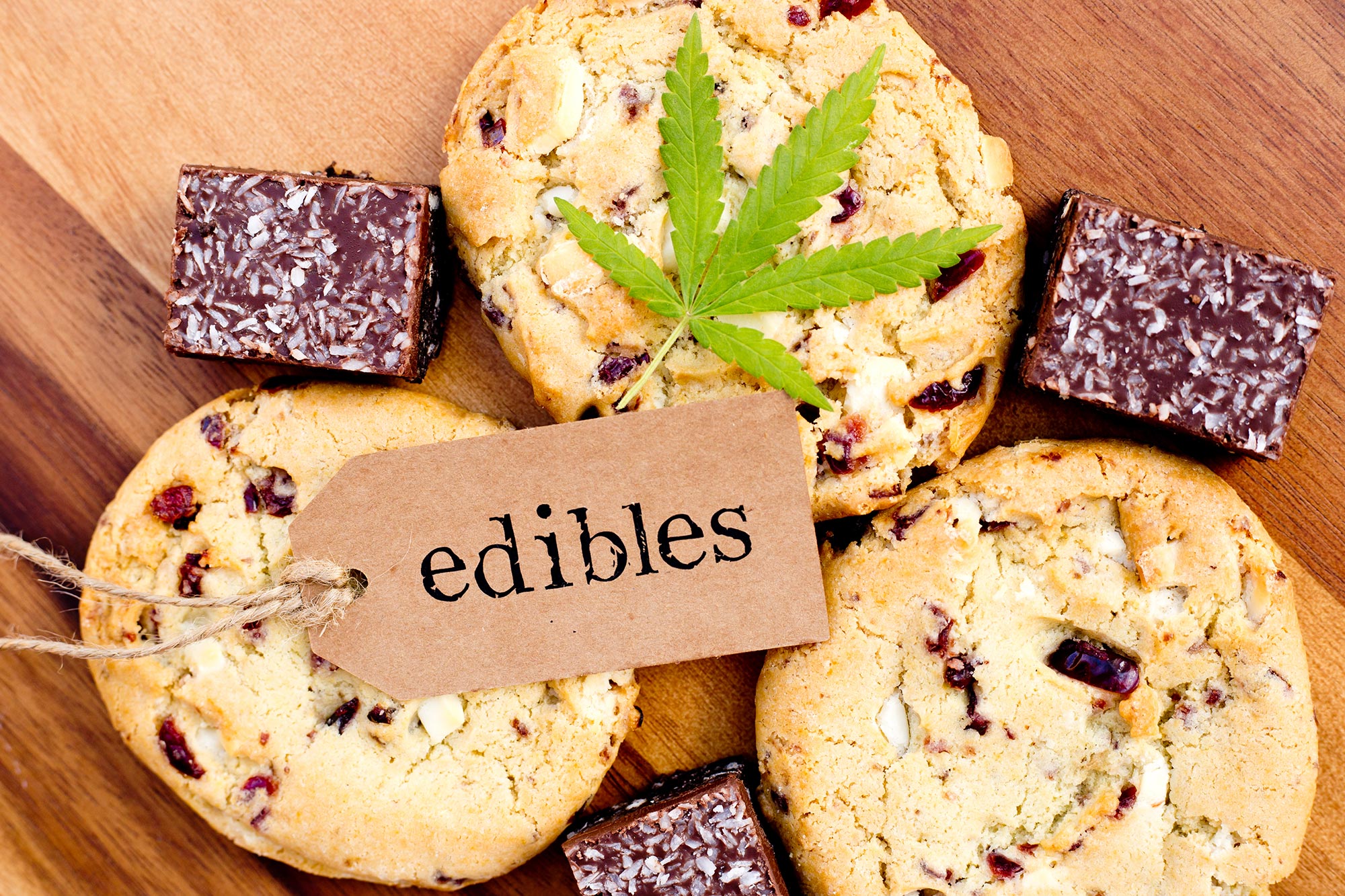 If you’re looking to try cannabis, also known as weed, perhaps you’ve considered taking an edible. An edible is a food or drink infused with Tetrahydrocannabinol (THC), which induces the feeling of “being high”. Common edibles include lozenges and brownies, but almost any food can be made into a cannabis edible, including pizzas, cakes, and much more. Although edibles come in familiar food-shaped packages, they also come with several health risks that must be considered when consuming them.

Like most drugs, cannabis has its own host of side effects. Some of these effects are part of the appeal of taking marijuana, such as relaxation, euphoria, and an increase in sensory experience. However, some of these effects can be risky for one’s well-being if improperly managed or not kept in mind.

One of the major adverse effects associated with cannabis is increased heart rate, which can be problematic for those with heart problems or high blood pressure. Other side effects include slowed reaction times, increased appetite, a loss of connection to reality, and uncontrollable vomiting, though the last one is quite rare and is only potential risk for frequent, chronic users of edibles. The strength of these effects varies depending on several factors, including the amount of THC you’ve consumed relative to your weight.

Note that ingesting edibles creates different effects than other methods of taking cannabis, such as smoking since edibles enter the bloodstream differently and at a different rate. The effects of edibles differ not only in their potency and effect but also with respect to their duration. In fact, the effects of edibles can last up to 12 hours, with the effects peaking about three hours after they’ve been taken.

While there are many precautions that ought to be taken while using edibles or other cannabis products, there are also many myths that overstate, understate, or outright make up certain facts associated with edibles.

One such myth is the fact that cannabis – and by extension, edibles – serve as gateway drugs that lead to one taking hard drugs, such as heroin or cocaine. While people who take cannabis are more likely to use other drugs, this is the most likely correlation rather than causation.

On the flip side, another misconception about cannabis edibles is the fact that they aren’t addictive. While cannabis is less addictive than other drugs, such as alcohol and opioids, recklessly consuming edibles or using other kinds of cannabis can quickly lead to dependency or addiction. Dependency means suffering from significant discomfort when not taking a given substance. Dependency can lead to someone sacrificing other parts of their life, such as relationships, friendships, or work, for cannabis, which signifies an addiction.

To finish off, if you’re considering trying edibles, here are three tips to ensure a good first experience.

First, keep in mind the time when you’re taking an edible, especially since the effects can last for up to 12 hours. The last thing you want is to take a midnight edible, only to arrive at your 8:30 class high in the clouds. By extension, these long-lasting effects also mean you want a way to get home safely. Similarly, these long-lasting effects mean you should wait at least two hours before taking a second edible. Taking a second edible before the first has kicked in is a surefire way to have a negative experience.

Secondly, make sure you have a group of people around you- who you can trust. These people will be able to support you in case you find yourself overdosing, which is quite easy due to how hard it can be to feel the effects of edibles immediately. While a THC overdose is unlikely to kill you like alcohol or opioid overdose might, it can be unpleasant and it’s best to be around other people that can stop you in case you try to do anything questionable.

Lastly, keep the law in mind. Remember that cannabis is illegal to possess or use if you’re below 19 years of age. Furthermore, regardless of age, it’s also illegal to sell cannabis without proper licensing, whether it’s in a leafy form or in an edible form. It’s also illegal to drive while under the influence. Not only is one driving with impaired reflexes and impaired senses, but it’s also a crime that carries hefty consequences- with a minimum $1,000 fine and up to 10 years in prison. Keep in mind that these laws, especially the exact age of legality, will vary by province, so do your research if you’re planning to go to another province to party.

Most importantly, remember that like having a cigarette or a can of beer, your choice to consume an edible is a personal decision that is up to you and you alone. If you have any questions or concerns about edibles that aren’t answered by your peers or this article, it’s a good idea to look at those things up in advance. After all, it’s better to have timely information than it is to know something too late.