The summit was held from Oct. 31 to Nov. 12 to re-emphasize the climate goals of the Paris Agreement set in 2015. Over the two weeks many countries brought forward new plans to limit the rise in average global temperature.

During the conference, Canadian Prime Minister Justin Trudeau strongly pushed for a global price on carbon with an aim to send a signal to the private sector, transform the economy and encourage cleaner choices.

“My understanding of the reason behind a global carbon tax is that the Canadian government doesn’t want Canadian companies to be at a disadvantage against companies that are located elsewhere where carbon tax doesn’t exist. So those companies with a lower cost would benefit and ours would suffer,” said Sarah Burch, a professor in the Department of Geography and Environmental Management at the University of Waterloo.

Ultimately, this could significantly reduce emissions, but with no true global government each country would be responsible for implementing these restrictions within their own framework.

The cap on oil and gas emissions was also a point Trudeau touched on as it equates to about a quarter of the country’s greenhouse gas emissions.The goal of this cap is to allow Canada to achieve net-zero emissions by 2050 as outlined by the Paris Climate agreement.

“Net zero is a funny phrase — it isn’t complete decarbonization, really it means we reduce emissions as much as we can and then offset by capturing and storing the rest, which is an incredibly ambiguous goal,” Burch said. ”The fact that it is not only on the table but generally agreed upon is an incredible mark of progress in terms of our level of ambition and also our understanding on the scale of climate change impacts and what we are trying to avoid.”

With transportation being linked to the production of fossil fuels, Canada also aims to move toward greener vehicles in the form of electric cars and buses.

“Moving rapidly to change our vehicle fleet is crucial. We’ve done a few good things by expanding bicycles lanes and keeping IONS running, but charging stations for vehicles and more bike racks and thinking more seriously about how to do urban transit in non-fossil fuel loads is crucial,” said Simon Dalby, CIGI Chair in the Political Economy of Climate Change at the Balsillie School of International Affairs in Waterloo.

While these goals may be feasible for developed countries, developing countries are asking for financial help to create clean transportation and energy production.

“We have a situation where they [developing countries] need to simply skip over a substantial part of the development trajectory from the North, they need to skip on big electrical grates powered by coal plants, they need to move past vehicle fleets based on internal combustion engines and go straight for systems that are far more efficient,” Dalby said.

However, even with all these plans on the table activists are not seeing meaningful progress and have been protesting against ‘climate inaction’ from government leaders in the streets of Glasgow and around the world.

“Various politicians have been telling young people that they have to keep the pressure on if change is going to happen, clearly making it obvious that pressure matters and that the opinion of your own people matter, but they have to heard long, loud, cearly and persistently because political pressure only works if it is consistent and persistent,” Dalby said. 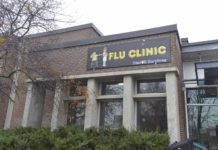