I love being a feminist. In a room full of people, if someone asks all of the feminists to raise their hands, mine might be one of the first to go up. I wholeheartedly agree with feminism, so much so that I’ll put my reputation on the line to defend it. Only, why should it need any defending? According to the Oxford English Dictionary, feminism is “the advocacy of women’s rights on the ground of the equality of the sexes.” If feminism is the promotion of gender equality, it should be really socially desirable. Other than sexists, who wouldn’t think that women and men should be equal?

Except the word “feminism” isn’t that simple. The definition is clear, but the meaning isn’t. Because of the component of advocacy, feminism is an active term. You can’t just be a supporter of equal rights and then sit idly by and still consider yourself a feminist. You have to be prepared to fight for gender equality in some capacity. And maybe that is why people are reluctant to wear the title.

Yes, it is true that to be a feminist you need to advocate for gender equality. However, I don’t think that a lot of people actually know what it would mean to advocate, and what exactly is required of them. In short, very little is required of you. In our modern society, we are considerably closer to gender equality than we ever have been. We’re still not there, but we are in much better shape than we were in the earlier part of the century. Some issues remain, so as a modern feminist your role is to make sure that you don’t let those issues go unnoticed. When you hear about gender inequality, start a conversation about it and get other people thinking. Conversations start ripples, and ripples can start tidal waves.

You can go out and protest for gender equality like we saw some feminists do last summer with the Free the Nipple march in Waterloo Town Square. That would be awesome of you. But really, all you need to do in order to be considered a modern feminist is give the issue some attention. Keep people talking about women’s rights, and don’t let them be satisfied until the genders are equal. It’s still an active job, but if you think about it, it’s a lot less work than was demanded in the ‘60s when feminists were out burning their bras. I think you can handle it.

When I think about feminism, the definition is clear. Advocating for women’s rights in order to promote equality for men and women. And I hope that it is a little bit more clear to you now, too. When you think about feminism in the context of being a conversationalist about men and women having equal rights, I wonder why everyone wouldn’t sign up for the job. Feminism still holds a lot of negative stigma, and I definitely believe that the stigma is because of some offensive misconceptions surrounding the meaning. I think it’s time that we all get back on the same page with how we define feminism.

That’s the most glaring feminist issue right now: how do we remind people what feminism actually is? It’s not about hating men, it’s not about wanting more rights than men, and it’s not about being satisfied with equality that isn’t quite perfect but is close enough. So, I guess, that’s your first task. If you hear someone making one of those misconceptions, you have the opportunity to set them straight — then you’re a feminist. If it’s that easy to do something this socially important, why wouldn’t everyone want to be a feminist? 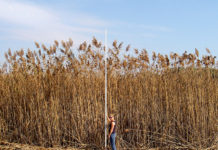