It is my belief that the health of one’s mind is no less important than the health of one’s body. This belief became engrained in me when, three years ago, I was diagnosed with obsessive-compulsive disorder. I suffered through the hardest summer of my life: I washed my hands until they bled, and watched myself lose weight, as I was so afraid of contaminated food that I refused to eat at all. My experience shows that mental health is not trivial and must be taken seriously.

For this reason, I was upset to learn that in the past week, WPIRG has launched a mental health awareness campaign. While normally I would applaud these efforts, I quickly recognized the situation for what it was: a cheap political tactic to improve their image with the upcoming referendum.

WPIRG’s history is one plagued by radical activism and marked by the irresponsible and wasteful use of their resources. In short, WPIRG has an image problem, which has become an issue for them now with a referendum coming up that questions the existence of their opt-out fee.  As a result, WPIRG has shifted their focus to issues with broader support bases, including but not limited to mental illness advocacy, as a means to improve their image.

To be clear, I fully support efforts to end the stigma around mental illness. I support the work of groups such as Stand Up to Stigma, a student-led initiative that educates students about mental illness and serves to combat the stigma associated with it. I support the work of professionals at Counselling Services, whose work has helped me cope with my own disorder. However, I cannot support an organization like WPIRG, which has taken up mental illness advocacy simply as a means to win a referendum. Mental health is a serious issue which needs to be taken seriously, not as a pandering tool to be used when convenient.

Please don’t be fooled by WPIRG’s campaign. The focus on mental illness is only temporary and if you’re anything like me, the offensive use of mental illness as a tool to win votes should make you less likely to vote to keep the automatic WPIRG fee. 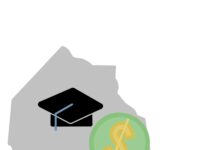