Technology has acquired a poor reputation.

It has brought to life a world that George Orwell dreamt up as a work of science fiction.

It has revolutionized the way people communicate and operate.

Unfortunately, it could be argued that technology has damaged these aspects as well.

While older generations insist cell phones are the problem, and the youth are sure social media is to blame, neither party can deny the incredible impact that’s been made by the rise of tech.

However, it has been forgotten that technology has the capacity to be so much more.

Technology’s essence is the same as a wrench, it is simply a tool.

One white shirted first year may use it to take apart a chair from the junkyard pile, while in another’s hands it becomes a weapon.

To say that a technology is good or bad is to assign a tool moral value.

With many of the creations available today that is a difficult task.

What if we changed that?

Technology is created by a person full of dreams and biases.

Perhaps the creators of technology could brand their tools with intentions similar to their own.

What if it was not up to the user to choose, but instead intrinsically linked to the operation?

Who could accomplish such a feat?

The question for you is not who but how.

We, the engineers and technology tinkerers must solve this age-old question.

It is without debate that our job is to serve and protect the public, the iron ring reminds us every time it’s heard clicking against a table.

The Peng code of ethics states “Professional engineers shall uphold the values of truth, honesty and trustworthiness and safeguard human life and welfare and the environment.”

The best way to fulfil this mission, is by creating peace.

We could team up with our creative partners, those other faculties we see so little of: Arts, Science, Environment.

In the incredibly wide world of design, there is an opportunity to begin rebranding the constant flow of inventions, to mold them into forces of good that not even evil can manipulate.

Imagine a drone that forgot how to fire a gun.

What about products that don’t fill our oceans with plastic?

The ‘how’ of these is an uphill battle.

We are standing on the edge of a massive shift.

We are self aware, finally, of our impact.

Now is the time for us, the next generation of engineers, to learn and begin building a world of peace building technology.

Peace is the business of engineers.

It is not building technology for the sake of innovation.

It’s not searching for the next cash cow.

It’s holding ourselves to our iron promise and making the world a better place.

From first years ending their first term, to fourth years looking their final term in the face, we can all work to make peace the next big engineering project.

The capstone project of a lifetime. 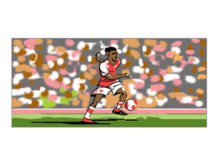 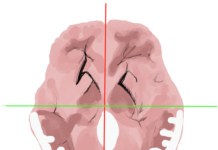 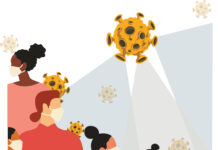