Recently, this dark phenomenon has hit close to home. In October, threats were made against Wilfrid Laurier University via Snapchat and 4chan to steer clear of the science building. The city took the matters very seriously, as there was involvement from the RCMP, FBI, and the Waterloo Regional Police, and students in the area were all informed to be extra wary and cautious on campus and within the area.

According to the Toronto Star, the threat was part of a “running joke.” But, we must be cautious surrounding these threats because incidents of violence on university and college campuses are all too real and occurring more frequently than ever before. In fact, this threat has been acquainted to a threat made in Oregon in early October which left 10 people dead, including the shooter. So why are students and young people alike both threatening universities and actually carrying out extreme acts of violence in these student-centric places?

To begin, it must be noted many of these individuals making threats share common attributes: young white males who are seemingly loners within their community. It is highly likely these individuals do not feel validated within their own social circles, if there are ones to speak of. So why lash out at universities and colleges? These places are, in idealistic terms, the hub of successful, social, and high-achieving individuals. To threaten these places is to threaten the very idea that threatens these social outcasts. Further to this point, because of the Internet and social media, they can effectively threaten these groups, and gain a massive sense of power over this group that they may have felt oppressed or actually threatened themselves by.

On this topic John L. Michela of the psychology department at the University of Waterloo speculated; “Some of these people have an extremely diminished sense of self or identity. Thus the motivation for their action is to finally ‘be somebody.’ Part of their deficit is a lack of being a person in power, and a way of demonstrating power is to kill.” Perhaps the reason we see less actual heinous crimes in Canada as opposed to the U.S. is a lack of accessibility to firearms; however, we must be cautious of threats and realize that as more of these threats and attacks occur, it inspires a viscous cycle of “copycat” behaviour.

Copycat behaviour is described by The New Yorker as contagious behaviour, where individuals are prone to acting in an extreme manner, feeding off the hysteria and panic of their predecessors. It creates a sense of belonging and again, empowers oppressed individuals. While we cannot silence news of these attacks and threats, perhaps we can quiet the names of individuals involved, to ensure they are not given the attention, which they so desperately crave. In the mean time, being cognizant of your online safety and reporting any strange or unusual behaviour is crucial in ensuring situations are regulated before any potential disaster may occur. 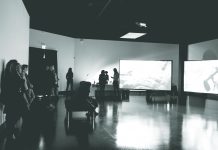