That really struck a chord with me. I always fancied writing a book or a blog addressed at non-gamers — people who maybe have heard of games or played the odd one, but have little-to-no idea about the medium as a whole.

Hopefully, I can bring across just a bit of my own enthusiasm towards the world of video games to people who may be inexperienced with them in what will likely be the final year of this column.

I’d like to tell you why, as an English student who has seen plenty of life-changing movies and books, I still hold the far-younger medium of video games in high esteem. I want someone who knows little about video games to perhaps check out the games that I’m talking about. If one person picks up a game based on a recommendation here, then I will consider my goal achieved.

There are games that have been covered already that I may try to bring forward to the uninitiated. The ideas of futility of choice that The Stanley Parable brings forth. The poetic agony and euphoria of life and death in Journey. The solitary drama of Shadow of the Colossus.

There are plenty of games from this year alone that deserve your attention, and may find their way into this column. The Game of Thrones fan would be remiss to not take a look at the Polish fantasy of The Witcher 3. There’s the darkly fantastic Bloodborne that contains the greatest depictions of madness and mystery I’ve seen, and the sublime stealth and the over-the-top antics of Metal Gear Solid V. If you haven’t played these games, I may very well try to convince you why they’re worth your time, even if you’re not into video games.

There are more broad topics that those who don’t know about games may want to hear about, such as the growth of the eSports or the increasingly popular competitive scene. Games aren’t locked to the digital realm — board games may find their way here as well. There’s the “ARG” or augmented reality game, which takes the trappings of the video game into real life, like a play that you are participating in. There are “Let’s Play” online videos where you watch others play games, adding their own experience to the gameplay.

But why video games? It’s the overarching question I’m placing on this column, and it will fall on how much you’d like to participate.

Participation is always the key to a video game. You aren’t just a viewer in a video game, not just a reader or an audience member, you are very much an active presence within the world a video game can create. Events happen to you, not just some other character. I’ve seen distant worlds, other planets, the grandest light, the deepest darkness, and madness — all facilitated by the medium of video games.

Honestly, it’s just a cool time to see a young medium grow up. We used to be in the young, nickelodeon days of Atari and old Nintendo systems. People in the youngest movie theatres used to fear the train on the black and white screen would run them over. Now, movies are an institution, an unquestioned part of the artistic world. But video games are still young, still gaining a sense of importance. Steps are being taken. Independent game developers are growing in number and competence. Even the big companies are pushing what we can see and the stories that can be told.

That’s honestly one of the more exciting reasons I love video games. It’s so young, and we’re right in the middle of its adolescence. As the students of UW grow and graduate, we’ll see a medium grow alongside us and be molded by our participation.

I hope that at some point, someone picks up a game they were not previously aware of, or discovers some new aspect of the medium that really interest them. That is the purpose of this column, and something I hope you are willing to participate in. 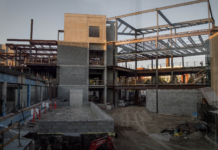