Every February, Wiarton Willie’s predictions have become something of an annual tradition for many. Unfortunately, the famous Canadian groundhog’s forecasts are a bit unreliable, according to UW students Shalini Kathirgamanathan, Bei Niu, and Charissa Abishiktha.

Kathirgamanathan, Niu, and Abishiktha are all taking a 4th-year Environmental Science course at UW this semester. For one of their assignments, they were asked to analyze local weather data and look at how climate change affects ecology “in an interesting way.”  So, they did a study that analyzed how accurate Wiarton Willie’s predictions were since the turn of the century.

The study was done as part of ERS 431, the Ecological Consequences of Climate Change, currently taught by Dr. Andrew Trant, an Assistant Professor in the School of Environment, Resources, and Sustainability.

The students collected Wiarton Willie’s prediction data from the past twenty-two years and compared it to actual weather data. For e

ach year of Wiarton Willie’s predictions, they calculated the average daily temperature for February and March. This average temperature over a twenty-two-year period was treated as the baseline or “normal” spring temperature.

“For the data between 1999 and 2019, we used a website called ClimateNA_MAP, which is an interactive platform for visualization and data access. The data for 2020 comes from the Historical Climate Data website by the Government of Canada,” Kathirgamanathan said.

The students then compared the two numbers – the average daily temperature for February and March, and the baseline or “normal” spring temperature –  for each year to see whether it was warmer or cooler than “normal” and whether there was in fact an early spring.  Finally, this result was compared to Wiarton Willie’s prediction for that same year.

“From our study, Wiarton Willie was more accurate in the latter half of the 22 year span – but only by 1 more correct prediction. Willie’s predictions had an accuracy of 27.27 per cent from 1999 to 2009, and an accuracy of 36.36 per cent from 2010 to 2020,” Kathirgamanathan said.  “Last year an early spring was predicted but sadly it wasn’t accurate. Despite Willie’s prediction getting better in terms of accuracy, he still isn’t the very best!”

As for this year’s prediction of an early spring, Kathirgamanathan doesn’t yet know whether Wiarton Willie’s prediction was accurate or not.

“We’ll have to get the Feb/Mar temperature data first to measure the accuracy of this year’s predictions. But, with the trend of increasing surface temperatures as an outcome of climate change that seems to be resulting in more and more early springs, I think it’s fair to say that [this forecast] may be accurate,” Kathirgamanathan explained. “With climate change, we are experiencing fewer cold high-pressure systems [resulting] in blue skies and groundhog shadows…So, with Willie’s accuracy increasing and climate change probably creating more early springs, we might just see more predictions of early springs in the future.”

“Our findings would argue that, apart from sheer chance, climate change could account for why Wiarton Willie does get his predictions correct from time to time,” Abishiktha said.

Kathirgamanathan, Niu, and Abishiktha hope that their study will initiate some much-needed conversations about how climate change is affecting the local KW community.

“What we want people to take away from this fun analysis is that we, too, experience the effects of climate change in Southern Ontario. We aren’t right beside the melting ice caps or flooding islands where the effect of climate change can be so evidently seen. So, we hope that people begin to understand the very nature of climate change, that it affects everyone everywhere (differently and disproportionately). Hopefully, this encourages others…to see how climate change is affecting the world we know here in [Waterloo region],” Kathirgamanathan said.

Despite his wrong predictions, Kathirgamanathan said that she is a fan of Wiarton Willie.

“Wiarton Willie brings the community together and, as we see, has provided us with the opportunity to talk about things like climate change.” 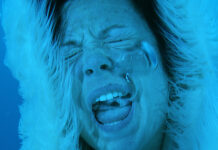 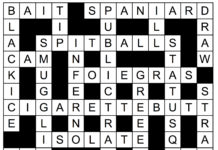