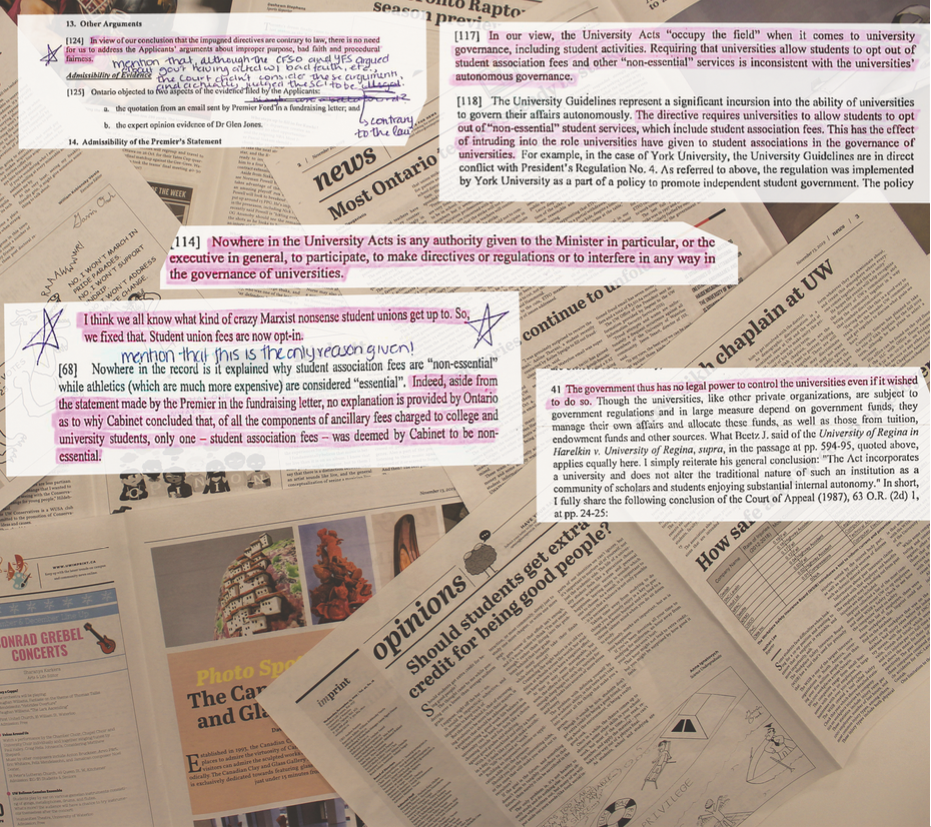 The Ontario Government is attempting to appeal the Divisional Court’s ruling on the Student Choice Initiative but when or if that will happen is still unclear.

The Student Choice Initiative, announced by the Ford government in early 2019, allowed post-secondary students to opt-out of incidental fees such as those meant for student unions, newspapers and food banks, among others.

“The Student Choice Initiative is a targeted attack by the Ford government on students’ unions and students’ right to organize on campus,” Kayla Weiler, National Executive Representative for the Canadian Federation of Students-Ontario (CFS-O), said.

“On Nov 21, 2019, the Ontario Divisional Court issued a decision regarding the Student Choice Initiative, finding against the government and in favour of the Canadian Federation of Students and the York Federation of Students,” Tanya Blazina, a representative of the Ministry of Colleges and Universities, said.

The court viewed this directive as the government interfering with and compromising the autonomy of universities and student unions.

“The unanimous decision by the Divisional Court confirmed what students already knew, that the Student Choice Initiative is unlawful and that the Ford government acted beyond their authority,” Weiler said.

The Court of Appeal for Ontario has yet to announce whether the appeal will be granted.

“We cannot comment on whether the Court of Appeal for Ontario will grant the leave to appeal, but we are expecting a decision imminently,” Weiler said.

At the moment, the SCI is still unlawful and as a result, students do not have the choice to opt-out of incidental fees.

“Therefore, universities and colleges must abide by the decision of the Divisional Court and continue to collect and remit member local and CFS fees, including fees for the 2020 winter semester and the 2020-2021 academic year.”

The government refused to comment when asked for more information.

“As this appeal is underway, it would be inappropriate to comment further at this time,” Blazina said.

A new kind of entrepreneurship