The Take Back the Night march and rally is an annual event that takes place internationally.

The idea behind the rally is to raise awareness about violence against women, girls, and LGBTQ2S individuals.

Since then the Canadian Association of Sexual Assault Centres declared the third Friday of September to be the evening for Take Back the Night rallies nationwide.

This rally is the first worldwide effort to combat sexual violence and violence against women.

The Take Back the Night foundation came together under the leadership of Katie Koestner, who was the first woman in the U.S. to come forward nationally and publically as the victim of campus date rape in 2001.

As an Indigenous woman, I believe it is important to put an emphasis on and bring awareness to Murdered and Missing Indigenous Women, Girls and Two-Spirit people (MMIWG2S).

Despite Canada having a national plan to address gender-based violence, it is still prevalent.

The more people that participate in the march, the more awareness we will bring.

I am marching for my daughters, my mother, my sisters, my grandmother, for all women everywhere, and for my Indigenous family and for every person who is impacted negatively by gender-based violence.

The Sexual Assault Support Centre (SASC) in Waterloo region will hold the event.

I will be with my singing group “the blue sky singers,” to open up the event with song.

Hope to see you there. 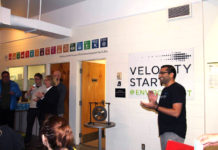