Shaun Reagan, coach of the women’s hockey team, has been hard at work with recruiting, planning, and getting ready to select players for Team Canada in the upcoming World University Games.

Looking forward, Reagan is excited about the future of the team. “We’re hoping to win a championship here. That’s kind of our mindset coming in, and the girls were disappointed with losing out in the first round last year. And that’s a good thing.” The Warriors were eliminated from the playoffs in two games last winter, losing to the powerhouse Western Mustangs.

All in all, Waterloo has recruited four rookies to play for the women’s hockey team, all of whom bring to the table valuable qualities that complement the team. Defenseman Brooklyn Sarnovsky, forwards Cynthia Cavanagh and Samantha Burbridge, and goaltender Taylor Reimer (not related to San Jose Sharks goalie James Reimer) will wear black and gold for the Warriors in the upcoming season.

Cavanagh is a veteran of Ontario’s U18 women’s hockey team and is one of two players from the 48-person roster to stay in Canada. “She competes, she’s probably one of the fastest players out of the gate on our team … she’s got that Energizer bunny kind of attitude,” Reagan said.

“Sarnovsky was a late pick up for us and we’re pumped to have her. She’s a solid D[efenceman], got a great shot and mobility, she competes. She gives us more depth and some more options back there.

“We’ve got an overall solid team, we’ve got a deep team. We’re always competitive, we compete hard. But what we’ve got in the past few years are skill players so we’re going to be highly dangerous. We never take shifts off,” said Reagan.

While the end of the season saw the departure of a few cornerstone players for the team, Reagan is not worried about the void that captain Kaitlyn McDonell, forward Paula LaGamba, and starting goaltender Rebecca Bouwhuis left in their wake. “We’re thinking about [how to replace them]. We’ve got [Alyssa] Gee down the middle … we’re expecting her to move into a top six role for sure.” Reagan also cited players like last year’s team leading scorer, Rachel Marriott, as well as Angela McDonald, Cavanagh, and Marissa Redmond, who he expects to have great years and contribute to offence on the front end. “You need four lines to win in this league, and I think we’ve got those four lines,” said Reagan.

As for goaltending, Reagan predicts strong competition for the role of starter between the goalies. “We’ve got [Stephanie] Sluys here and Reimer. Sluys is the former rookie of the year in goal, and Reimer’s a highly rated goaltender coming in. We’ve even got [Jamie] Grove in there as well. Three solid goaltenders,” Reagan said. Last season, Sluys played in 10 games as a backup, complimenting starter Bouwhuis. She posted a 5-5 record — including games in relief — with a very impressive 1.56 goals against average and .946 save percentage.

As the rookies found out, in order to become a Waterloo Warrior, you must also have the marks to be able to get into the university in the first place — there is no leniency for incoming student athletes. Reagan doesn’t mind that roadblock. “If a player doesn’t have an 80 [per cent], I don’t spend the time … there’s tons of talent out there and they’ve got to be able to succeed at university … we’re at Waterloo and not only do you have to be an outstanding athlete, but you’ve also got to be an outstanding student as well. They embrace it and it’s kind of that culture in here,” he said. 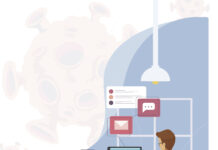 COVID-19 on co-op: Student safety faces off against profits in a... 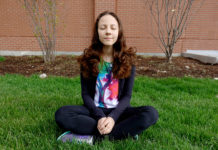 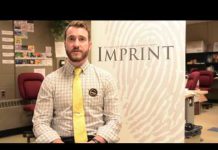