There exists a fine line in film between fun and enjoyable cinema, and being too aggressively cheesy. Much of the legacy Marvel has built for itself in the last ten years has been successful because of how it capitalizes on this divide, offering just enough fan service while maintaining its quality. As a long-time industry rival, DC Comics has found less positive results from its attempts to establish a cinematic universe. Suicide Squad and Batman V. Superman: Dawn Of Justice are both examples of the wrong way to do it; the latter at least found a genuine highlight in the standout cameo of Gal Gadot as Diana Prince, the Wonder Woman. The overwhelmingly positive reception to Gadot’s brief performance likely accelerated her introduction into the universe, a much-needed attempt to get the franchise effort back on track.

Wonder Woman was needed, by all involved parties. At a stellar 96% on Rotten Tomatoes, DC’s cinematic universe has its first entry that has been reviewed positively. Despite commercial success, the franchise has largely been viewed as jeopardized after its new figurehead, Ben Affleck’s Bruce Wayne, was rumoured to want out of the series. A breath of life, Wonder Woman averts some of these series ending fears.

Audiences also needed this in a lot of ways; 2017 has not been a fantastic year, globally, and for a world with so many things to worry about at any given moment, a movie so unabashedly hopeful and good is exactly what the doctor ordered.

Despite being told by everyone around her that she should stop trying, and despite being surrounded by disaster and woe, Gadot’s Diana is hopeful and resolute; she will not back down, and she will not stop believing in good.

Gadot’s performance is enthusiastic and serene. A rarity in an action film, able to be simultaneously curious and in wonder of the world around her, and be undeniably and unequivocally badass. Proper credit should be distruibuted between Gadot and director Patty Jenkins for this, but it is truly something worth watching (or rewatching, if you are me) when a capable and powerful lead is given equally powerful material to work with by the creative talent behind the camera.

Diana’s world is rich and full of colour, on her home of Paradise Island, but becomes dreary and smudged with ash and soot as soon as she enters “the world of men”, represented eloquently in World War I London and Belgium. Remarking simply that it is hideous, Diana’s appreciation for life and its natural gifts is apparent.

Chris Pine, charismatic as ever, takes second billing in the film as the brave and dashing Captain Steve Trevor. Never overshadowing Diana, as he shouldn’t, Trevor is a valuable character, and well cast. In both performance and characterization, Pine excels.

Accentuated by a strong supporting cast with charming standouts, Gadot and Pine act with compassion and are directed with alternating glee and restraint. All scenes of action are exquisite, and all scenes of romance are quiet and tasteful.

Without question the best DC movie and a fantastic film unto itself, Wonder Woman is everything I had hoped, somewhat desperately, that it would be.

Not as Good as: Logan

You may also like: Atomic Blonde (to be released July 28) 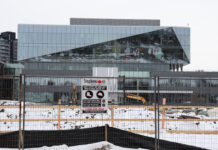 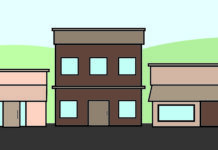