The International University Sports Federation (FISU) and the Lucerne 2021 Organising Committee announced the cancellation of the 30th Winter World University Games as a result of the COVID-19 pandemic.

In a statement on Nov. 29, U Sports confirmed that the Winter World University Games that were scheduled to take place in Lucerne, Switzerland from Dec. 11 to 21 were cancelled “due to rapid developments in the Omicron variant of the virus and newly announced travel restrictions imposed by the Swiss Federal Government in the past 24 hours.”  Omicron, the newly discovered COVID-19 variant, was declared a “variant of concern” by The World Health Organization on Nov. 26, just a few days prior to the FISU announcement.

The Lucerne Winter World University Games were originally scheduled to take place earlier this year from Jan. 21 to 31, but were postponed because of the ongoing pandemic. In September, FISU and the Lucerne 2021 Organising Committee had both announced their joint decision to go ahead with the games despite the difficult sanitary measures that would need to be maintained due to COVID-19. At the time, it was also announced that all participants would need to be vaccinated and undergo a PCR test upon arrival in Switzerland.

Jacqueline Schwantz, the University of Waterloo’s assistant athletic therapist and a member of Team Canada for the 2021 Winter World University Games, was scheduled to take part in the event. Schwantz said she was disappointed with the cancellation of the games but acknowledged the need for caution in the face of uncertainty.

“The cancellation is disappointing but the health and safety of everyone involved is our utmost priority. We support the decision made by the Lucerne Organizing Committee and FISU,”  Schwantz said.

The games were described by FISU as “a celebration of international university sports and culture with several thousand student-athletes competing in each event.”

The FISU website said students between 17 and 25 years of age from more than 540 universities were expected to attend the Lucerne Winter World University Games. The event was expected to attract more than 2,500 student-athletes and engage up to 3,000 volunteers. The competitions were set to be broadcast in more than 100 countries reaching over 300 million viewers worldwide.

According to the U Sports website, the World University Games go back to the1920s when the Frenchman, Jean Petitjean, organized the first “World Student Games” in Paris in May 1923.

In 1924, the International Confederation of Students was founded, whose members then organized a number of sporting events from 1925 to 1939. The Second World War interrupted these sporting events but after the war, France once again re-launched the World University Games.

In 1948, FISU was created adopting the motto: “Excellence in mind and body.” Subsequently, in 1959 FISU began organising the games at a worldwide level, scheduling 29 Summer University Games and 29 Winter University Games over a period of sixty years, each staged every two years in a different city.  The first Winter World University Games were held in Chamonix, France in 1960. 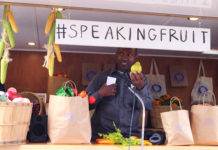 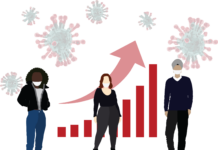 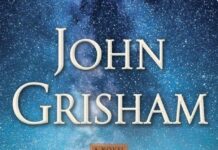 Book Review: A Time for Mercy