At a WUSA Special General Meeting held on May 25, 2022, the undergraduate student body discussed approving new bylaws to enact structural change to the current WUSA governance system. However, at the end of this two-hour and 50-minute meeting (originally scheduled for two hours), the meeting was adjourned without a vote on the motion.

“This governance review process really originated as a commitment from our 2020 to 2025 strategic plan,” said WUSA President Benjamin Easton.

The proposed bylaws would move WUSA from a bicameral system to a unicameral one. Currently, WUSA has two governing bodies — Council, a representative legislative body, which is responsible for budgeting, establishing administered programs, regulating elections, and governing Societies, services, and clubs, and Board, WUSA’s strategic-decision making body, which is responsible for guiding WUSA’s financial, human resources, legal and contractual affairs. Under the proposed bylaws, there would be a single Board of Directors responsible for both the representative advocacy and the fiduciary functions of the association.

“This is the culmination of eight months or more of work and student leaders have done their due diligence to make sure that these changes are in the best interest of the organisation,” Easton said.

Concerns were raised by some students regarding the eight-month-long process that had taken place for these bylaws to be drafted. In particular, students raised the issue of lack of consultation with the student body. It was remarked that students who weren’t actively trying to remain updated with what WUSA was doing weren’t necessarily aware of what changes were being made, or how they affected the student association and its membership.

WUSA Vice President of Operations and Finance, Matthew Schwarze, responded to these concerns regarding students’ awareness of the proposed bylaws. “To a degree. I can see it, but I think that we put really as much into getting students involved and getting students aware as we could. From the beginning of this process, we’ve been putting out articles and details about this process on our website that are explaining the thought behind it, what’s currently going on, what the steps ahead are. These have in turn been put on our social channels as well as I believe sent out in mass emails to all students. So every student had this sent right to their inbox,” Schwarze said.

“And additionally, this [General Meeting] with the agenda and with all the details has gone to every student inbox and the details of this whole process. And that’s before you get into the process that happened at Council or when me and Ben [Easton] went around to every student society and presented individually to their bodies so we could get a better sense on the ground of those student societies,” he continued.

To counter the issue of student engagement in the decision-making process, an amendment to the motion was presented that would delay the bylaw change by another year, during which time a referendum could be organised with a yes and no committee to inform and engage students. This referendum would then be ratified by a general meeting. The motion for this amendment failed.

Debate continued until adjournment time, which had been extended during the meeting. This left no time to vote on the bylaw change motion or move on to the next motion regarding COVID-19 public health measures. Both these motions are now scheduled to be discussed at another WUSA Special General Meeting scheduled to be held on June 22, 2022, at 5 p.m. 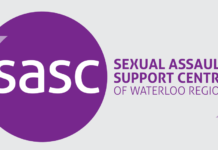 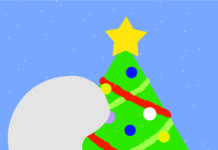