One comment written by UW student Ariel Paulin on a photo uploaded on Facebook by the Waterloo Public Interest Research Group (WPIRG) regarding the UW Board of Governor’s agenda started a contentious argument over WPIRG’s role in student affairs. Following these comments, Opt-In UWaterloo, a Facebook group that seeks to have the WPIRG fee be opt-in, gained 492 members as of press time.

“We should defund WPIRG and put that money towards minimizing tuition increases,” Ariel Paulin wrote Jan. 29. Off that sentiment, an argument broke out between students wanting the WPIRG fee to change to an opt-in model and those who supported the current fee structure. In the current opt-out structure, students are automatically charged the WPIRG fee and can go to the WPIRG office during the first three weeks of the term to request a refund.

When Kush Patel disagreed with Feds student councillor Deanna Darby Barton on her role in listening to students who support having WPIRG be an opt-in fee, she responded: “There are like (sic) three people complaining to me about these things and an overwhelmingly larger number of people who support the contrary, and actually agree with me. You. Are. A. Vocal. Minority. (sic) That needs to check their privilege and stop complaining about things that aren’t even harmful to you simply because other people are getting a voice.

“No, I won’t support me (sic). You’re against basically everything I believe in,” Barton’s comment continued. “And don’t tell me what to do. If you were so smart, you would literally run yourself instead of trying to get someone who clearly doesn’t support you to complain for you. I bring up problems that I think are worthwhile and important. Changing the WPIRG from opt-out to opt-in is not a real issue on students having their voices heard.”

Ariel Paulin didn’t expect his original comment to receive such interest. “I wasn’t really expecting much more than many likes and a few comments here and there … I expected the likes based on what I see … on Reddit,” he said.

Indeed, in the past three weeks, there have been seven threads on the UW subreddit pertaining to WPIRG, ranging from where to get the refund and what WPIRG is to defunding WPIRG entirely.

“WPIRG prides themselves on being a group [whose] views are based around the idea of promoting ethics and morality — meanwhile, they are being funded by an optional fee which is made successful primarily by the fact that it is difficult to get your refund,” Ariel Paulin said.

Patel felt “offended” by Barton’s comments and found the Feds student councillors difficult to work with.

“If I was a student councillor, I would not say that. I would probably say ‘I will bring your voice to council. I will make your voice heard. I will make sure that your issues are being talked about.’ [Barton’s response] was really unprofessional, especially that ‘check your privilege’ part … The councillors, in general, that are sitting on Feds student’s council, are very difficult to work with. Like I said, I talked to more than one about [the] WPIRG issue and none of them actually wanted to discuss [it] with council,” Patel said. “The [Feds] executives do a great job at listening to students.”

Barton did not comment on why she told Patel to check his privilege, stating “This was a response I posted through my personal social media account to another individual.”

Feds VP Internal Maaz Yasin told Imprint that Feds has “no control” over councillors’ communication through their personal social media accounts and that councillors aren’t accountable to the executives.

“They’re elected by their constituents, and are accountable to them … Students are able to connect with any of the executives to share their thoughts by email or by attending our office hours. If a student approaches a councillor with an issue, it is expected that the councillor take the appropriate action depending on the situation … Feds can’t speak on behalf of any individuals,” Yasin said.

Barton clarified her role as a councillor.

“Being a councillor is more than just bringing every student’s feedback to the president of Feds, it’s about informing them too. As someone who doesn’t feel comfortable with losing a group on campus that taught me about intersectionality and provided me with solidarity on several occasions, I am clearly not a councillor that would be spearheading a referendum to remove them. However, I told them that they can start their own referendum … If they believe most students don’t want WPIRG to be opt-out, I encouraged them to hold a referendum and see the results.”

Patel and Justin Paulin, organizers with Opt-In UWaterloo, are specifically critical of WPIRG’s actions in bringing about the Israeli university divestiture referendum which drove them to become involved with the Opt-In UWaterloo movement.

“[WPIRG] is supposed to be representing the interests of all students … but they decided to take a stance on … a two-sided issue. They bought Facebook ads to tell students to vote yes and their job is to just… bring up the issue to students,” Patel said.

Patel and Justin Paulin said Opt-in UWaterloo’s next move is to bring awareness of WPIRG’s actions to students, garner support from fellow undergraduates, and to begin collecting signatures to initiate a referendum. They hope to follow in Queen’s University’s footsteps, where  students defunded their public interest research group in 2011.

“Going forward, I think the entire student body will decide who is in the right and who is in the wrong here … time will tell,” Paulin said. “[WPIRG] is an organization supported by a minority but paid for by the majority.”

WPIRG did not respond to Imprint’s request for comment by press time.

What to expect from O-Week 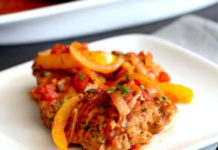 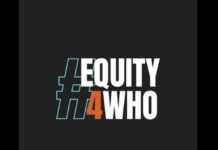