I mean, they’re already being paid the big bucks, and they drive the hottest convertibles, and clearly pimp themselves out to the highest bidder.

Okay, that thought never happened. Or it did, and the monotonous droning that constitutes the existentialist situation to which you have befallen suddenly nonplussed your mental facilities.

Oh no. Your brain. It’s turning to mush. Barely listening to this awful lecture is beginning to hamper your cognitive and automotive functions with severe numb boredom.

Emergency procedures: you must entertain yourself before it becomes too late! Look out the window: maybe there’s something interesting happening to that bush outside with the budding flowers on it. The one with those really psychotropic berries that your friends took last term then set fire to the Christmas tree because they thought that the ornaments were going to eat all the candy you left out for Santa and his single reindeer.

Don’t ask me, you’re the one with friends with weird trips.

The bush is a bust, and clearly not that interesting today. Maybe your classmates are generally more appealing?

You’ve done that before, right? Masturbated because you were bored?

Don’t answer that; I know the answer already. In any case, your classmates are just as boring as the professor, who continues to talk about… something or other and doesn’t notice the difficulties their students are dealing with.

Quick, draw something on your notebook. You’re not taking notes anyway, why kid yourself? You begin to draw, and either lament or revel in your artistic ability, and, if you find yourself in a groove, keep going and hope it tides you over for another two-or-so hours.

If you’re simply out of imagination, or have suddenly developed carpal tunnel, then maybe questioning your poor life choices is in order.

You could have chosen a class that didn’t take so long, or you could have downed that energy drink you left at home in your fridge. You could have taken a nap and barely gotten through the lecture, but then you’d be more inclined to pay attention and then what would be the point of taking the nap?

Maybe you should plan sweet, sweet revenge against one of your friends or foes. Have you tried sendyourenemiesglitter.com? Or TP’ing your TA’s car or pet?

You have to do something, even if it means blatantly reading non-this class-related material. Bring upper-level smut to the front row. Get hot and steamy with literature or something, because the only wood in this classroom right now are the logs that everyone is sawing.

Or better yet, throw yourself out that window. It will provide some immediate and long-term entertainment, and you just have to suffer the pain for a short while, maybe even get out of doing the final.

Just, for the love of one of our gods, stay awake. The last thing you want is to wake up accidently in the class following this one, and be knee deep in discussions on the legitimacy of pocket lint. 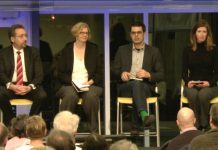 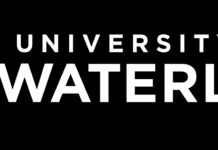 UW to return to ‘normal’ in-person learning for winter 2022