Last year, the field hockey team had a pretty successful season finishing with an OUA bronze medal and looked to start this season on the same note of success as they travelled to Guelph to play three games between Sept. 17 and 18.

Their weekend triple-header started with a morning game against a Guelph Gryphons team that finished second in the OUA championships and third in the CIS championships last year. The Gryphons put their dominance on display as they were up 3-1 at halftime, but poured on four more goals and shutout the Warriors in the second half, leading to a 7-1 victory. The lone goal for the Warriors was contributed by third-year defender Grace Shimokura, her first career goal.

Later the same day, the Warriors looked to bounce back from their first loss in a match against the Western Mustangs. It was a heavily defensive bout as neither team was able to put many points on the board, resulting in a 1-1 draw. The lone Warrior goal was scored by second-year forward Jenna Ridpath, also her first career goal.

The following day, the Warriors played their final game of the weekend against the Queen’s Gaels. The Warriors’ strong defence continued from their last match with Western, which resulted in them shutting out the Gaels and winning their first match of the season with a final score of 1-0. The lone goal for the Warriors was earned by first-year midfielder Madeleine Yeomans, also her first career goal.

The Warriors finished the weekend with a 1-1-1 record and will look to improve on that record on Sept. 24 as they head to Toronto to face off against the York Lions and University of Toronto Blues.

The men’s soccer team defended their home turf and earned a 2-1 victory over the Windsor Lancers on Sept. 18. The Warriors were able to get on the board early with a goal in the 15th minute by Nicholas Karavanas. Shortly after, Jae Jin Lee extended the Warriors’ lead to two with a goal in the 31st minute. Backed by the Waterloo defence, goalkeeper Thomas Modjesch held his ground all game. Windsor’s Damon Johnson was able to put one past him in the 74th minute, but that was all the Lancers would be able to get. The men’s soccer team improved their record to 2-3-1, good for seventh in the OUA West.

Both the men’s and women’s soccer teams will host the Brock Badgers Sept. 24 and McMaster Sept. 25

After getting routed by the University of Toronto the previous weekend, both the men’s and women’s teams were able to bounce back on Sept. 17 and 18 with definitive wins over McMaster and Carleton. Versus McMaster, the men’s team won 6-1 and the women’s won 5-2. Versus Carleton, the men’s team repeated their previous performance winning again 6-1, while the women’s team outdid them by earning a full 7-0 sweep. They will look to build on this momentum on Sept. 24 when the Brock Badgers come to Waterloo.

Trolling in the deep 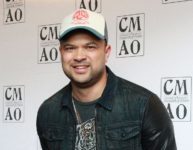 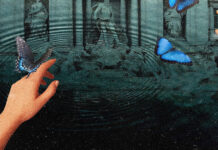