Some people wake up in the morning bursting with energy and ready to start the day: the early birds. Others prefer to stay up late into the night working on various things or simply enjoying some leisure time: the night owls. Is one more advantageous than the other?

Despite what some may think, individuals’ natural sleeping patterns and preferences are entirely genetically predetermined.

Evolutionarily speaking, this makes sense. Prehistoric humans often travelled in groups, and having group members with varying sleeping patterns was more advantageous to the group. Those who naturally stayed up late could keep watch for predators at night while the others slept, and vice versa.

In modern society, most activities take place between 9 a.m. and 5 p.m., seemingly putting night owls at a disadvantage. Experts have coined the term, ‘social jetlag’ to describe the sleep deprivation experienced by night owls trying to accommodate these social norms. It can feel like living in a different time zone from those around you, every single day.

Sleep deprivation can have drastic effects on the brain and studies have shown that those who identify as night owls usually have significantly less white matter in their brains compared to those who identify as early birds. White matter helps neurons communicate, and having less of it can mean that there are less pathways for feel-good hormones, such as serotonin and dopamine, to travel through.

It has been shown that early birds display more positive social traits, optimism and proactiveness for example, and are less prone to substance abuse, addiction, and depression.

However, night owls have been shown to be more creative, have higher cognitive abilities, and are often risk-takers. What is lacking in white matter in night owls is made up for with cortisol levels, a stress hormone which prepares your body to immediate threat. This, combined with their risk-taking tendencies, can translate to more opportunities and financial gain in the long run.

Even though early birds are more energetic right after waking, they tend to lose steam more quickly than night owls during the day. Studies have evaluated the reaction times of both one hour after waking, where both performed equally well, and then again after ten hours of being awake, where night owls performed significantly better. 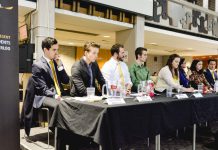 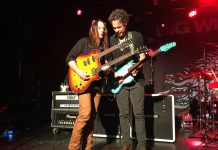